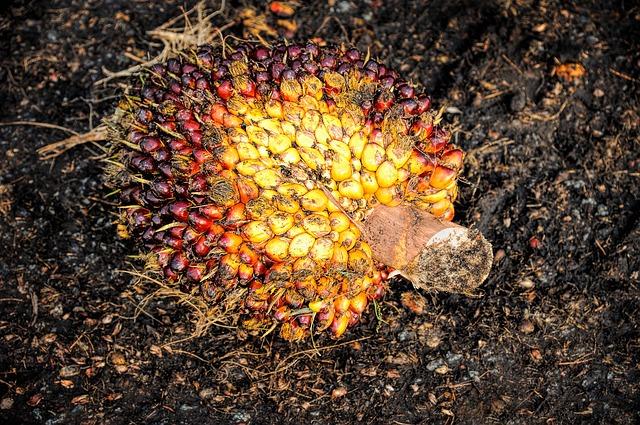 The climate transition risks outlined by Orbitas for the Indonesian palm oil industry are already materializing. Recent actions on the international stage are likely to increase momentum and pressure palm oil companies to react.

Developments on the domestic and international stage are forcing the Indonesian palm oil industry to reckon with climate transition risks. Unlike physical climate change risk, these business risks result from government, consumer, or private sector responses to the climate crisis.

Over the past two decades, Indonesia has released the equivalent of 19.0 Gt of CO2e through reducing its tree cover by 17 percent based on Global Forest Watch data. Overwhelmingly, the dominant driver of tree cover loss has been commodity-driven deforestation, making the palm oil Industry particularly vulnerable to emissions reduction efforts.

To illustrate the scale of the Indonesian palm oil industry’s footprint, it produced a record 48,42 million tons based on Central Bureau of Statistic (Badan Pusat Statistik/BPS) of palm oil products in 2019, 55 percent in 2021 based on Ministry of Industry data of annual global supply.

Efforts to combat deforestation and forest degradation have been at the heart of recent climate responses, heightening climate transition risks for the Indonesian palm oil industry. According to the Task Force on Climate Related Financial Disclosures (TCFD), climate transition risks fall into the following four categories including policy and legal, technological, market, and reputational.

Policy and legal risk range from environmental litigation to government policies that help to achieve international climate commitments. Policies can include anything from forest conservation to carbon pricing mechanisms.

One recent example occurred at the November 2021 26th Conference of Parties (COP26) in Glasgow. Over 100 world leaders pledged to end deforestation and restore forest function by 2030.

Indonesia’s President Joko Widodo was a signatory to the agreement. In addition, governments from 28 countries committed to eliminate deforestation from the global trade in food and other agricultural products, such as palm oil, soybeans and cocoa.

COP26 also resulted in the clarification of Article 6 of the Paris Agreement on carbon trading and an increase in international carbon pricing momentum. Indonesia’s palm oil industry faces both risks and opportunities from carbon pricing.

Carbon taxes would increase operating costs for emissions-intensive producers that do not invest in emission-reduction technologies, while carbon credit markets offer additional revenue streams to companies that choose to conserve standing forest or reforest degraded land.

Carbon pricing is not yet in effect in Indonesia, but the issuance of Presidential Regulation No. 98/2021 on the Implementation of Carbon Economy Value serves as a warning for high-emission industries.

International carbon credit pricing is relevant to the strategic decision making for palm oil groups because it is an opportunity cost of land conversion or production. Even at the current price of US$15 per metric ton of CO2e, Orbitas estimates that unplanted palm oil concessions could generate up to US$12.8 billion in annual revenue for the Indonesian palm oil industry.

Market risk refers to changing consumer preferences or declining access to customers or markets as a result of involvement in deforestation or forest degradation. For example, if companies along the palm oil supply chain require No Deforestation, No Peat, No Exploitation (NDPE) compliance in their sourcing policies, only compliant producers can access those markets.

According to Chain Reaction Research, 83 percent of Malaysian and Indonesian palm oil processing capacity was NDPE compliant as of 2020, severely limiting market access for non-compliant producers.

Furthermore, entire markets are at risk of closing for palm oil producers involved in deforestation as supply chain legislation is considered to combat deforestation. The European Union, France, the United Kingdom, Germany, and the United States are all enacting or considering regulations that would ban imports of commodities linked to deforestation.

Technology risk arise in the case of disruptive innovations that create competitive advantage. Orbitas predicts that land acquisition costs will increase by 52 percent by 2050, so palm oil producers that rely primarily on expansion to raise production will likely experience cost overruns.

Finally, reputational risk materializes when a company’s brand is damaged, often resulting in higher financing costs and lower consumer demand. Non-governmental organizations heavily report on and monitor the Indonesian palm oil industry, making it particularly susceptible to reputational risks. In serious cases, shareholders or capital providers divest or engage with the company, due to reputational damage.

In November 2021, over 30 financial institutions with US$8.7 trillion in assets under management committed to ending investment in deforestation-linked activities. These actions increase the risk of divestment for producers involved in deforestation.

This article originally appeared on Katadata.co.id in Bahasa.